May God bless us!
May God, our God, bless us!
Then all/the ends of/the earth
will give him the honor he de-serves.

May God show/us his favor and bless us!
May he smile up-on us!
Then those living on earth will know what you are like;
all nations will know how you de-liver your peo-ple.

Those who trust in/the Lord are like Mount Zi-on,
which can/not be moved and will en-dure for-ev-er.
As the mountains sur-round Je-ru-sa-lem,
so the Lord sur-rounds his peo-ple, now and for-ever-more.

In-deed, the scepter of a wicked king
will not settle up-on/the al-lotted land of/the god-ly.
Other-wise the god-ly might do what is wrong.
Do good, O Lord, to those who are moral-ly up-right!

After this Jesus went to the other side of the Sea of Galilee, also called the Sea of Tiberias. A large crowd kept following him, because they saw the signs that he was doing for the sick. Jesus went up the mountain and sat down there with his disciples. Now the Passover, the festival of the Jews, was near. When he looked up and saw a large crowd coming toward him, Jesus said to Philip, "Where are we to buy bread for these people to eat?" He said this to test him, for he himself knew what he was going to do. Philip answered him, "Six months' wages would not buy enough bread for each of them to get a little." One of his disciples, Andrew, Simon Peter's brother, said to him, "There is a boy here who has five barley loaves and two fish. But what are they among so many people?" Jesus said, "Make the people sit down." Now there was a great deal of grass in the place; so they sat down, about five thousand in all. Then Jesus took the loaves, and when he had given thanks, he distributed them to those who were seated; so also the fish, as much as they wanted. When they were satisfied, he told his disciples, "Gather up the fragments left over, so that nothing may be lost." So they gathered them up, and from the fragments of the five barley loaves, left by those who had eaten, they filled twelve baskets. When the people saw the sign that he had done, they began to say, "This is indeed the prophet who is to come into the world."

When Jesus realized that they were about to come and take him by force to make him king, he withdrew again to the mountain by himself.

The Lord be with you.
And al-so with _ you.
Our Father in heav-en,
hal-low-ed be your Name.

Your king-dom come,
your will be done on earth
as/it is in heav-en.
Give us to-day our daily bread.

De-liver us from e-vil.
For the king-dom, the power,
and the glory are yours,
now and for-ever A-men.


Lord Jesus Christ, you said to your apostles, "Peace I give to you; my peace I leave with you:" Regard not our sins, but the faith of your Church, and give to us the peace and unity of that heavenly city, where with the Father and the Holy Spirit you live and reign, now and for ever.


Music from the Vox Barnabas Psalter, a collection of 60 Chant Scores
released to Public Domain March 30, 2020.
Hymns are taken from the Vox Barnabas Hymnal a collection arranged from Public Domain hymns
and also released to Public Domain for unrestricted Internet and Performance use.
Some psalms and readings are from the New English Translation(NET) Bible, used with permission.
The remaining psalms and readings are from the New Revised Standard Version (NRSV and NRSVAE) Bible, used under the Gratis Use Policy.

Confession Most merciful God, we confess that we have sinned against you in thought, word, and deed, by what we have done, and by what we... 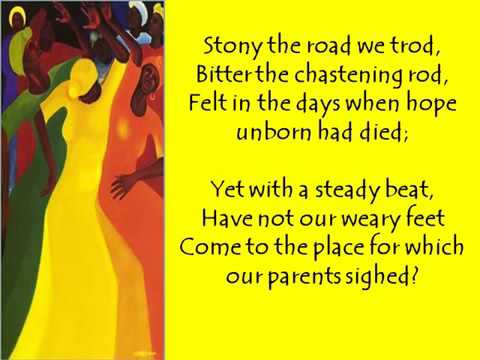