The Lord is in his holy tem-ple;
let all the earth keep silence be-fore him
I was glad when they said to me,
Let us go to/the house of/the Lord.

Let the words of my mouth
and the medi-ta-tion of my heart
be ac-cepta-ble in your sight, O Lord,
my strength and my re-deem-er.

Send out your light
and your truth, that they may lead me,
and bring me to your holy hill
and to your dwel-ling place.

Give thanks to/the Lord, and call on his Name;
make known his deeds a-mong the peo-ples.
Lord, o-pen our lips.
And our mouth shall pro-claim your praise.

Be joy-ful in/the Lord, all you lands;
serve the Lord with glad-ness
and come be-fore his presence with a song.
Know this: The Lord him-self is God;

He him-self has made us, and we are his;
we are his people and the sheep of his pas-ture.
Enter his gates with thanks-giv-ing;
go into his courts with praise;

Give thanks to him and call on his Name.
Be-cause the Lord is good;
his mercy is ever last-ing;
and his faithful-ness en-dures from age to age.

Now Gorgias took five thousand infantry and one thousand picked cavalry, and this division moved out by night to fall upon the camp of the Jews and attack them suddenly.Men from the citadel were his guides.But Judas heard of it, and he and his warriors moved out to attack the kings force in Emmaus while the division was still absent from the camp.When Gorgias entered the camp of Judas by night, he found no one there, so he looked for them in the hills, because he said, These men are running away from us.

At daybreak Judas appeared in the plain with three thousand men, but they did not have armor and swords such as they desired.And they saw the camp of the Gentiles, strong and fortified, with cavalry all around it;and these men were trained in war.But Judas said to those who were with him, Do not fear their numbers or be afraid when they charge.Remember how our ancestors were saved at the Red Sea, when Pharaoh with his forces pursued them.And now, let us cry to Heaven, to see whether he will favor us and remember his covenant with our ancestors and crush this army before us today.Then all the Gentiles will know that there is one who redeems and saves Israel.

When the foreigners looked up and saw them coming against them, they went out from their camp to battle.Then the men with Judas blew their trumpets and engaged in battle.The Gentiles were crushed, and fled into the plain, and all those in the rear fell by the sword.They pursued them to Gazara, and to the plains of Idumea, and to Azotus and Jamnia;and three thousand of them fell.Then Judas and his force turned back from pursuing them, and he said to the people, Do not be greedy for plunder, for there is a battle before us;Gorgias and his force are near us in the hills.But stand now against our enemies and fight them, and afterward seize the plunder boldly.

Just as Judas was finishing this speech, a detachment appeared, coming out of the hills.They saw that their army had been put to flight, and that the Jews were burning the camp, for the smoke that was seen showed what had happened.When they perceived this, they were greatly frightened, and when they also saw the army of Judas drawn up in the plain for battle, they all fled into the land of the Philistines.Then Judas returned to plunder the camp, and they seized a great amount of gold and silver, and cloth dyed blue and sea purple, and great riches.On their return they sang hymns and praises to HeavenFor he is good, for his mercy endures forever.Thus Israel had a great deliverance that day.

My soul pro-claims the greatness of/the Lord,
my spirit re-joices in God my Sav-ior;
for he has looked with favor on his lowly serv-ant.
From this day all gener-a-tions will call me blessed:

the Al-might-y has done great things for me,
and _ holy is his Name.
He has mercy on those who fear him
in eve-ry gener-a-tion.

He has shown the strength of his arm,
he has scattered the proud in their con-ceit.
He has cast down the mighty from their thrones,
and has lifted up the low-ly.

He has filled the hungry with good things,
and the rich he has sent/a-way emp-ty.
He has come to/the help of his servant Is-ra-el,
for he has re-membered his prom-ise of mer-cy,

I will sing to/the Lord,
for he is lofty and up-lift-ed;
the horse and its rid-er
has he hurled into the sea.

The Lord is my strength and my ref-uge;
the Lord has be-come my Sav-ior.
This is my God and I will praise him,
the God of my people and I will ex-alt him.

The finest of those who bear ar-mor
have been drowned in/the Red Sea.
The fathom-less deep has over-whelmed them;
they sank into the depths like a stone.

Who can be com-pared with you,
O Lord, a-mong the gods?
who is like you,
glori-ous in ho-li-ness,

With your con-stant love
you led the people you re-deemed;
with your might you brought them in safe-ty
to your holy dwell-ing place.

You will bring them in and plant them
on the mount of your pos-ses-sion,
In/the rest-ing place
you have made for your-self, O Lord,

In/the sanc-tu-ary, O Lord,
that your hand has es-tab-lished.
The Lord shall reign
for ever and for ever. A-men!

Let your way be known up-on earth;
Your sav-ing health a-mong all na-tions.
Let not the need-y, O Lord, be for-got-ten;
Nor the hope of/the poor be taken a-way. 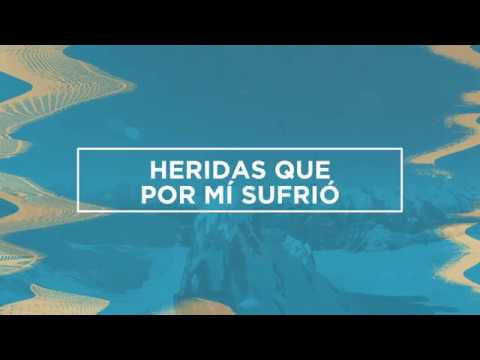