Even Song - Friday - The Transfiguration of Our Lord Jesus Christ

Even Song - Friday - The Transfiguration of Our Lord Jesus Christ

You are worthy at all times
to be praised by happy voic-es,
O Son of God, O Giver of life,
and to be glori-fied through all the worlds.

He will de-fend the/op-pressed a-mong the peo-ple;
he will de-liver the children of/the poor and crush the op-pres-sor.
Peo-ple will fear you
as long/as the sun and moon re-main in/the sky,

Peace will pre-vail
as long as the moon re-mains in/the sky.
May he rule from sea to sea,
and from/the Eu-phra-tes Riv-er to/the ends of/the earth!

All kings will bow down to him;
all na-tions will serve him.
For he will res-cue the needy when they cry out for help,
and the op-pressed who have no de-fend-er.

He will take pity on/the poor and need-y;
the lives of/the need-y he will save.
From harm and vio-lence he will de-fend them;
he will val-ue their lives.

May he live! May they offer him gold from She-bah!
May they con-tin-ual-ly pray for him!
May they pro-nounce blessings on him all day long!
May there be an/a-bun-dance of grain in/the earth;

On the tops of/the mountains may it sway!
May its fruit trees flour-ish like the forests of Leb-a-non!
May his fame en-dure!
May its crops be as/a-bun-dant as the grass of/the earth!

May his dy-nas-ty last
as long/as the sun re-mains in/the sky!
May they use his name when they make their bles-sings!
May all na-tions con-sider him to be fa-vored by God!


“While I was watching,
thrones were set up,
and the Ancient of Days took his seat.
His attire was white like snow;
the hair of his head was like lamb’s wool.
His throne was ablaze with fire,
and its wheels were all aflame.


A river of fire was streaming forth
and proceeding from his presence.
Many thousands were ministering to him;
many tens of thousands stood ready to serve him.
The court convened,
and the books were opened.

In the third year of the reign of King Jehoiakim of Judah, King Nebuchadnezzar of Babylon advanced against Jerusalem and laid it under siege. Now the Lord delivered King Jehoiakim of Judah into his power, along with some of the vessels of the temple of God. He brought them to the land of Babylonia to the temple of his god and put the vessels in the treasury of his god.

The king commanded Ashpenaz, who was in charge of his court officials, to choose some of the Israelites who were of royal and noble descent— young men in whom there was no physical defect and who were handsome, well versed in all kinds of wisdom, well educated and having keen insight, and who were capable of entering the king’s royal service—and to teach them the literature and language of the Babylonians. So the king assigned them a daily ration from his royal delicacies and from the wine he himself drank. They were to be trained for the next three years. At the end of that time they were to enter the king’s service. As it turned out, among these young men were some from Judah: Daniel, Hananiah, Mishael, and Azariah. But the overseer of the court officials renamed them. He gave Daniel the name Belteshazzar, Hananiah he named Shadrach, Mishael he named Meshach, and Azariah he named Abednego.

But Daniel made up his mind that he would not defile himself with the royal delicacies or the royal wine. He therefore asked the overseer of the court officials for permission not to defile himself. Then God made the overseer of the court officials sympathetic to Daniel. But he responded to Daniel, “I fear my master the king. He is the one who has decided your food and drink. What would happen if he saw that you looked malnourished in comparison to the other young men your age? If that happened, you would endanger my life with the king!” Daniel then spoke to the warden whom the overseer of the court officials had appointed over Daniel, Hananiah, Mishael, and Azariah: “Please test your servants for 10 days by providing us with some vegetables to eat and water to drink. Then compare our appearance with that of the young men who are eating the royal delicacies; deal with us in light of what you see.” So the warden agreed to their proposal and tested them for 10 days.

At the end of the 10 days their appearance was better and their bodies were healthier than all the young men who had been eating the royal delicacies. So the warden removed the delicacies and the wine from their diet and gave them a diet of vegetables instead. Now as for these four young men, God endowed them with knowledge and skill in all sorts of literature and wisdom—and Daniel had insight into all kinds of visions and dreams.

When the time appointed by the king arrived, the overseer of the court officials brought them into Nebuchadnezzar’s presence. When the king spoke with them, he did not find among the entire group anyone like Daniel, Hananiah, Mishael, or Azariah. So they entered the king’s service. In every matter of wisdom and insight the king asked them about, he found them to be 10 times better than any of the magicians and astrologers that were in his entire empire. Now Daniel lived on until the first year of Cyrus the king.

Friday - Song of the Redeemed

O rul-er of/the uni-verse, Lord God,
great deeds are they that you have done,
sur-pas-sing human under-stand-ing.
Your ways are ways of righteous-ness and truth,

O King of all the ag-es.
Who can fail to do you hom-age, Lord,
and sing the praises of your Name?
for you only are the Ho-ly One.

All na-tions will draw near
and fall down be-fore you,
be-cause your just and holy works
have been re-vealed. Alle-lu-ia, a-men!


“Now my soul is greatly distressed. And what should I say? ‘Father, deliver me from this hour’? No, but for this very reason I have come to this hour. Father, glorify your name.” Then a voice came from heaven, “I have glorified it, and I will glorify it again.” The crowd that stood there and heard the voice said that it had thundered. Others said that an angel had spoken to him. Jesus said, “This voice has not come for my benefit but for yours. Now is the judgment of this world; now the ruler of this world will be driven out. And I, when I am lifted up from the earth, will draw all people to myself.” (Now he said this to indicate clearly what kind of death he was going to die.)

Then the crowd responded, “We have heard from the law that the Christ will remain forever. How can you say, ‘The Son of Man must be lifted up’? Who is this Son of Man?” Jesus replied, “The light is with you for a little while longer. Walk while you have the light, so that the darkness may not overtake you. The one who walks in the darkness does not know where he is going. While you have the light, believe in the light, so that you may become sons of light.” When Jesus had said these things, he went away and hid himself from them.

Let your way be known up-on earth;
Your sav-ing health among all na-tions.
Let not the need-y, O Lord, be for-got-ten;
Nor the hope of/the poor be taken a-way.


O God, the King of glory, you have exalted your only Son Jesus Christ with great triumph to your kingdom in heaven: Do not leave us comfortless, but send us your Holy Spirit to strengthen us, and exalt us to that place where our Savior Christ has gone before; who lives and reigns with you and the Holy Spirit, one God, in glory everlasting.

Lord Jesus Christ, by your death you took away the sting of death: Grant to us your servants so to follow in faith where you have led the way, that we may at length fall asleep peacefully in you and wake up in your likeness; for your tender mercies' sake. 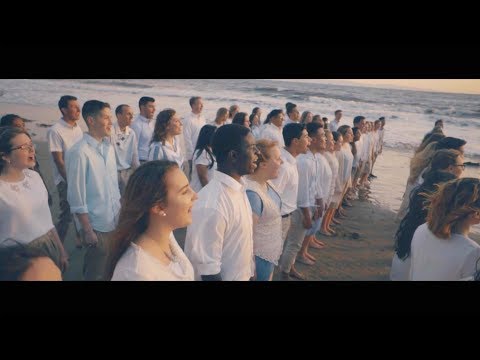