Christ being raised from/the dead will never die a-gain;
death no long-er has do-minion over him.
The death that he died, he died to sin, once for all;
but the life he lives, he lives to God.

So al-so con-sider your-selves dead to sin,
and a-live to God in Je-sus Christ our Lord. Alle-lu-ia!
Christ has been raised from/the dead,
the first fruits of those who have fallen a-sleep.

For since by a man came death,
by a man has come al-so the resur-rec-tion of/the dead.
For as in A-dam all die,
so in Christ shall all be made a-live. Alle-lu-ia!


It seemed like a good idea to Darius to appoint over the kingdom 120 satraps who would be in charge of the entire kingdom. Over them would be three supervisors, one of whom was Daniel. These satraps were accountable to them, so that the king’s interests might not incur damage. Now this Daniel was distinguishing himself above the other supervisors and the satraps, for he had an extraordinary spirit. In fact, the king intended to appoint him over the entire kingdom. Consequently the supervisors and satraps were trying to find some pretext against Daniel in connection with administrative matters. But they were unable to find any such damaging evidence because he was trustworthy and guilty of no negligence or corruption. So these men concluded, “We won’t find any pretext against this man Daniel unless it is in connection with the law of his God.”

So these supervisors and satraps came by collusion to the king and said to him, “O King Darius, live forever! To all the supervisors of the kingdom, the prefects, satraps, counselors, and governors it seemed like a good idea for a royal edict to be issued and an interdict to be enforced. For the next 30 days anyone who prays to any god or human other than you, O king, should be thrown into a den of lions. Now let the king issue a written interdict so that it cannot be altered, according to the law of the Medes and Persians, which cannot be changed.” So King Darius issued the written interdict.

When Daniel realized that a written decree had been issued, he entered his home, where the windows in his upper room opened toward Jerusalem. Three times daily he was kneeling and offering prayers and thanks to his God just as he had been accustomed to do previously. Then those officials who had gone to the king came by collusion and found Daniel praying and asking for help before his God. So they approached the king and said to him, “Did you not issue an edict to the effect that for the next 30 days anyone who prays to any god or human other than to you, O king, would be thrown into a den of lions?” The king replied, “That is correct, according to the law of the Medes and Persians, which cannot be changed.” Then they said to the king, “Daniel, who is one of the captives from Judah, pays no attention to you, O king, or to the edict that you issued. Three times daily he offers his prayer.”

When the king heard this, he was very upset and began thinking about how he might rescue Daniel. Until late afternoon he was struggling to find a way to rescue him. Then those men came by collusion to the king and said to him, “Recall, O king, that it is a law of the Medes and Persians that no edict or decree that the king issues can be changed.”


While Jesus was in one of the towns, a man came to him who was covered with leprosy. When he saw Jesus, he bowed down with his face to the ground and begged him, “Lord, if you are willing, you can make me clean.” So he stretched out his hand and touched him, saying, “I am willing. Be clean!” And immediately the leprosy left him. Then he ordered the man to tell no one, but commanded him, “Go and show yourself to a priest, and bring the offering for your cleansing, as Moses commanded, as a testimony to them.” But the news about him spread even more, and large crowds were gathering together to hear him and to be healed of their illnesses. Yet Jesus himself frequently withdrew to the wilderness and prayed.

Now on one of those days, while he was teaching, there were Pharisees and teachers of the law sitting nearby (who had come from every village of Galilee and Judea and from Jerusalem), and the power of the Lord was with him to heal. Just then some men showed up, carrying a paralyzed man on a stretcher. They were trying to bring him in and place him before Jesus. But since they found no way to carry him in because of the crowd, they went up on the roof and let him down on the stretcher through the roof tiles right in front of Jesus. When Jesus saw their faith he said, “Friend, your sins are forgiven.” Then the experts in the law and the Pharisees began to think to themselves, “Who is this man who is uttering blasphemies? Who can forgive sins but God alone?” When Jesus perceived their hostile thoughts, he said to them, “Why are you raising objections within yourselves? Which is easier, to say, ‘Your sins are forgiven,’ or to say, ‘Stand up and walk’? But so that you may know that the Son of Man has authority on earth to forgive sins” – he said to the paralyzed man – “I tell you, stand up, take your stretcher and go home.” Immediately he stood up before them, picked up the stretcher he had been lying on, and went home, glorifying God. Then astonishment seized them all, and they glorified God. They were filled with awe, saying, “We have seen incredible things today.”

Friday - Song to the Lamb

Save your peo-ple, Lord,
and bless your in-herit-ance;
Gov-ern and guide them, Lord
and up-hold them, now and al-ways.

Day by day we bless you;
We praise your name for-ever.
Lord, keep us from all sin to-day;
Have mer-cy on us, Lord, have mer-cy.

Lord, show us your love and mer-cy;
For we put our trust in you.
In you, Lord, is our hope;
And we shall never hope in vain.


Collects of the Day


O God, you have prepared for those who love you such good things as surpass our understanding: Pour into our hearts such love towards you, that we, loving you in all things and above all things, may obtain your promises, which exceed all that we can desire; through Jesus Christ our Lord, who lives and reigns with you and the Holy Spirit, one God, for ever and ever. 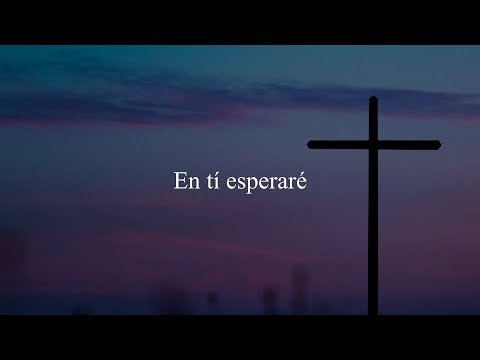