the op-pressed are trapped
by the schemes the wick-ed have dreamed up.
Yes, the wick-ed man boasts
be-cause he gets what he wants;

He says to him-self, God o-ver-looks it;
he does not pay at-ten-tion;
he will nev-er no-tice.
Rise up, Lord! O God, strike him down!

Break the arm of the wick-ed and e-vil man!
Hold him ac-count-a-ble for his wick-ed deeds,
which he thought you would not dis-cov-er.
The Lord rules for-ev-er!

The na-tions are driv-en out of his land.
Lord, you have heard the re-quest of the op-pressed;
you make them feel se-cure
be-cause you lis-ten to their prayer.

In the Lord I have tak-en shel-ter.
How can you say to me,
Flee to a moun-tain like a bird!
For look, the wick-ed pre-pare their bows,

but he hates the wick-ed
and those who love to do vio-lence.
May he rain down burn-ing coals
and brim-stone on the wick-ed!

As Paul was saying these things in his defense, Festus exclaimed loudly, “You have lost your mind, Paul! Your great learning is driving you insane!” But Paul replied, “I have not lost my mind, most excellent Festus, but am speaking true and rational words. For the king knows about these things, and I am speaking freely to him because I cannot believe that any of these things has escaped his notice, for this was not done in a corner. Do you believe the prophets, King Agrippa? I know that you believe.” Agrippa said to Paul, “In such a short time are you persuading me to become a Christian?” Paul replied, “I pray to God that whether in a short or a long time not only you but also all those who are listening to me today could become such as I am, except for these chains.”

So the king got up, and with him the governor and Bernice and those sitting with them, and as they were leaving they said to one another, “This man is not doing anything deserving death or imprisonment.” Agrippa said to Festus, “This man could have been released if he had not appealed to Caesar.”

When it was decided we would sail to Italy, they handed over Paul and some other prisoners to a centurion of the Augustan Cohort named Julius. We went on board a ship from Adramyttium that was about to sail to various ports along the coast of the province of Asia and put out to sea, accompanied by Aristarchus, a Macedonian from Thessalonica. The next day we put in at Sidon, and Julius, treating Paul kindly, allowed him to go to his friends so they could provide him with what he needed. From there we put out to sea and sailed under the lee of Cyprus because the winds were against us. After we had sailed across the open sea off Cilicia and Pamphylia, we put in at Myra in Lycia. There the centurion found a ship from Alexandria sailing for Italy, and he put us aboard it. We sailed slowly for many days and arrived with difficulty off Cnidus. Because the wind prevented us from going any farther, we sailed under the lee of Crete off Salmone. With difficulty we sailed along the coast of Crete and came to a place called Fair Havens that was near the town of Lasea.

Now when Jesus returned, the crowd welcomed him because they were all waiting for him. Then a man named Jairus, who was a leader of the synagogue, came up. Falling at Jesus’ feet, he pleaded with him to come to his house, because he had an only daughter, about twelve years old, and she was dying.

As Jesus was on his way, the crowds pressed around him. Now a woman was there who had been suffering from a hemorrhage for twelve years but could not be healed by anyone. She came up behind Jesus and touched the edge of his cloak, and at once the bleeding stopped. Then Jesus asked, “Who was it who touched me?” When they all denied it, Peter said, “Master, the crowds are surrounding you and pressing against you!” But Jesus said, “Someone touched me, for I know that power has gone out from me.” When the woman saw that she could not escape notice, she came trembling and fell down before him. In the presence of all the people, she explained why she had touched him and how she had been immediately healed. Then he said to her, “Daughter, your faith has made you well. Go in peace.”

While he was still speaking, someone from the synagogue leader’s house came and said, “Your daughter is dead; do not trouble the teacher any longer.” But when Jesus heard this, he told him, “Do not be afraid; just believe, and she will be healed.” Now when he came to the house, Jesus did not let anyone go in with him except Peter, John, and James, and the child’s father and mother. Now they were all wailing and mourning for her, but he said, “Stop your weeping; she is not dead but asleep!” And they began making fun of him because they knew that she was dead. But Jesus gently took her by the hand and said, “Child, get up.” Her spirit returned, and she got up immediately. Then he told them to give her something to eat. Her parents were astonished, but he ordered them to tell no one what had happened.

Almighty God, whose Son Jesus Christ in his earthly life shared our toil and hallowed our labor: Be present with your people where they work; make those who carry on the industries and commerce of this land responsive to your will; and give to us all a pride in what we do, and a just return for our labor; through Jesus Christ our Lord, who lives and reigns with you, in the unity of the Holy Spirit, one God, now and for ever.

The grace of our Lord Je-sus Christ,
and the love of God our Fath-er,
and the fel-low-ship of the Ho-ly Spi-rit,
be with us all ev-er-more. A-men.

1 I’m pressing on the upward way,
New heights I’m gaining every day;
Still praying as I onward bound,
“Lord, plant my feet on higher ground.”
Refrain:
Lord, lift me up, and let me stand
By faith, on heaven’s table land;
A higher plane than I have found,
Lord, plant my feet on higher ground.
2 My heart has no desire to stay
Where doubts arise and fears dismay;
Though some may dwell where these abound,
My prayer, my aim is higher ground. [Refrain]
3 I want to live above the world,
Though satan’s darts at me are hurled;
For faith has caught a joyful sound,
The song of saints on higher ground. [Refrain]
4 I want to scale the utmost height,
And catch a gleam of glory bright;
But still I’ll pray till heav’n I’ve found,
“Lord, lead me on the higher ground.” [Refrain] 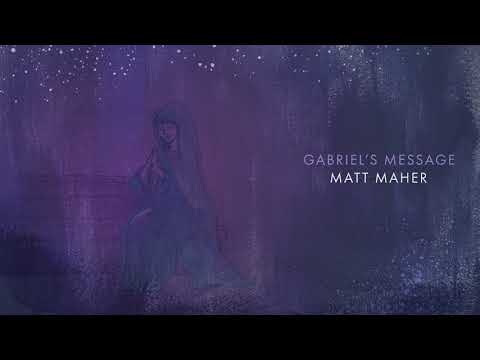