Ere repose our spirits seal;
Sin and want we come confessing,
You can save and You can heal.
Though destruction walks around us,
Though the arrows near us fly,
Angel guards from You surround us;
We are safe if You are nigh.
Though the night be dark and dreary
Darkness cannot hide from You;
You are watching, never weary,
quick to see Your people through.
Should swift death this night o'ertake us,
And our beds become our tombs,
May the morn in heav'n awake us,
Clad in light and deathless blooms.

Then the fifth angel blew his trumpet, and I saw a star that had fallen from the sky to the earth, and he was given the key to the shaft of the abyss. He opened the shaft of the abyss and smoke rose out of it like smoke from a giant furnace. The sun and the air were darkened with smoke from the shaft. Then out of the smoke came locusts onto the earth, and they were given power like that of the scorpions of the earth. They were told not to damage the grass of the earth, or any green plant or tree, but only those people who did not have the seal of God on their forehead. The locusts were not given permission to kill them, but only to torture them for five months, and their torture was like that of a scorpion when it stings a person. In those days people will seek death, but will not be able to find it; they will long to die, but death will flee from them.

Now the locusts looked like horses equipped for battle. On their heads were something like crowns similar to gold, and their faces looked like men’s faces. They had hair like women’s hair, and their teeth were like lions’ teeth. They had breastplates like iron breastplates, and the sound of their wings was like the noise of many horse-drawn chariots charging into battle. They have tails and stingers like scorpions, and their ability to injure people for five months is in their tails. They have as king over them the angel of the abyss, whose name in Hebrew is Abaddon, and in Greek, Apollyon.

The first woe has passed, but two woes are still coming after these things!

Now an expert in religious law stood up to test Jesus, saying, “Teacher, what must I do to inherit eternal life?” He said to him, “What is written in the law? How do you understand it?” The expert answered, “Love the Lord your God with all your heart, with all your soul, with all your strength, and with all your mind, and love your neighbor as yourself.” Jesus said to him, “You have answered correctly; do this, and you will live.”

But the expert, wanting to justify himself, said to Jesus, “And who is my neighbor?” Jesus replied, “A man was going down from Jerusalem to Jericho, and fell into the hands of robbers, who stripped him, beat him up, and went off, leaving him half dead. Now by chance a priest was going down that road, but when he saw the injured man, he passed by on the other side. So too a Levite, when he came up to the place and saw him, passed by on the other side. But a Samaritan who was traveling came to where the injured man was, and when he saw him, he felt compassion for him. He went up to him and bandaged his wounds, pouring olive oil and wine on them. Then he put him on his own animal, brought him to an inn, and took care of him. The next day he took out two silver coins and gave them to the innkeeper, saying, ‘Take care of him, and whatever else you spend, I will repay you when I come back this way.’ Which of these three do you think became a neighbor to the man who fell into the hands of the robbers?” The expert in religious law said, “The one who showed mercy to him.” So Jesus said to him, “Go and do the same.”

Almighty God, whose blessed Son our Savior Jesus Christ ascended far above all heavens that he might fill all things: Mercifully give us faith to perceive that, according to his promise, he abides with his Church on earth, even to the end of the ages; through Jesus Christ our Lord, who lives and reigns with you and the Holy Spirit, one God, in glory everlasting. 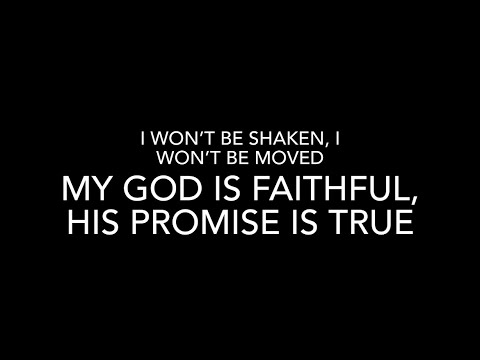