Now there were these prophets and teachers in the church at Antioch: Barnabas, Simeon called Niger, Lucius the Cyrenian, Manaen (a close friend of Herod the tetrarch from childhood ) and Saul. While they were serving the Lord and fasting, the Holy Spirit said, “Set apart for me Barnabas and Saul for the work to which I have called them. ” Then, after they had fasted and prayed and placed their hands on them, they sent them off.

So Barnabas and Saul, sent out by the Holy Spirit, went down to Seleucia, and from there they sailed to Cyprus. When they arrived in Salamis, they began to proclaim the word of God in the Jewish synagogues. (Now they also had John as their assistant. ) When they had crossed over the whole island as far as Paphos, they found a magician, a Jewish false prophet named Bar-Jesus, who was with the proconsul Sergius Paulus, an intelligent man. The proconsul summoned Barnabas and Saul and wanted to hear the word of God. But the magician Elymas (for that is the way his name is translated) opposed them, trying to turn the proconsul away from the faith.

But Saul (also known as Paul), filled with the Holy Spirit, stared straight at him and said, “You who are full of all deceit and all wrongdoing, you son of the devil, you enemy of all righteousness – will you not stop making crooked the straight paths of the Lord? Now look, the hand of the Lord is against you, and you will be blind, unable to see the sun for a time!” Immediately mistiness and darkness came over him, and he went around seeking people to lead him by the hand. Then when the proconsul saw what had happened, he believed, because he was greatly astounded at the teaching about the Lord.

Now as Jesus was passing by, he saw a man who had been blind from birth. His disciples asked him, “Rabbi, who committed the sin that caused him to be born blind, this man or his parents?” Jesus answered, “Neither this man nor his parents sinned, but he was born blind so that the acts of God may be revealed through what happens to him. We must perform the deeds of the one who sent me as long as it is daytime. Night is coming when no one can work. As long as I am in the world, I am the light of the world.” Having said this, he spat on the ground and made some mud with the saliva. He smeared the mud on the blind man’s eyes and said to him, “Go wash in the pool of Siloam” (which is translated “sent”). So the blind man went away and washed, and came back seeing.

Then the neighbors and the people who had seen him previously as a beggar began saying, “Is this not the man who used to sit and beg?” Some people said, “This is the man!” while others said, “No, but he looks like him.” The man himself kept insisting, “I am the one!” So they asked him, “How then were you made to see?” He replied, “The man called Jesus made mud, smeared it on my eyes and told me, ‘Go to Siloam and wash.’ So I went and washed, and was able to see.” They said to him, “Where is that man?” He replied, “I don’t know.”

They brought the man who used to be blind to the Pharisees. (Now the day on which Jesus made the mud and caused him to see was a Sabbath.) So the Pharisees asked him again how he had gained his sight. He replied, “He put mud on my eyes and I washed, and now I am able to see.”

Then some of the Pharisees began to say, “This man is not from God, because he does not observe the Sabbath.” But others said, “How can a man who is a sinner perform such miraculous signs?” Thus there was a division among them. So again they asked the man who used to be blind, “What do you say about him, since he caused you to see?” “He is a prophet,” the man replied.

Almighty God, whose blessed Son our Savior Jesus Christ ascended far above all heavens that he might fill all things: Mercifully give us faith to perceive that, according to his promise, he abides with his Church on earth, even to the end of the ages; through Jesus Christ our Lord, who lives and reigns with you and the Holy Spirit, one God, in glory everlasting.

1. Out in the highways and byways of lifeMany are weary and sad;Carry the sunshine where the darkness is rifeMaking the sorrowing glad
[Refrain]
Make me a blessing, Make me a blessing
Out of my life Let Jesus shine;
Make me a blessing O Savior I prayMake me a blessing to someone today
2. Tell the sweet story of Christ and His love
Tell of His power to forgive
Others will trust Him if only you prove
True every moment you live [Refrain]

3. Give as 'twas given to you in your need
Love as the Master loved you
Be to the helpless a helper indeed
Unto your mission be true [Refrain] 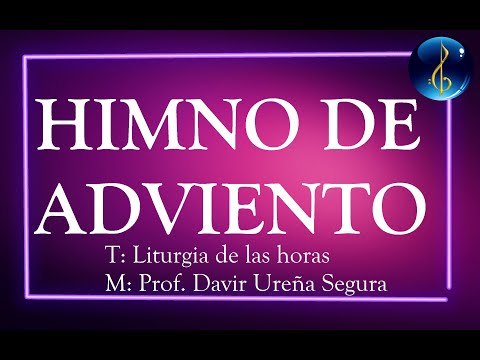