Even Song - Friday after Proper 17

Even Song - Friday after Proper 17

O Lord, fight those who fight with me!
At-tack those who at-tack me!
Grab your small shield and large shield,
and rise up to help me!

Use your spear and lance
a-gainst those who chase me!
As-sure me with these words:
I am your de-liv-er-er!

May those who seek my life
be em-bar-rassed and hu-mil-i-at-ed!
May those who plan to harm me
be turned back and a-shamed!

I did not harm them,
but they hid a net to catch me
and dug a pit to trap me.
Let de-struc-tion take them by sur-prise!

Let the net they hid catch them!
Let them fall into de-struc-tion!
Then I will re-joice in the Lord
and be hap-py be-cause of his de-liv-er-ance.

With all my strength I will say,
O Lord, who can com-pare to you?
You res-cue the op-pressed
from those who try to o-ver-pow-er them;

They re-pay me e-vil for the good I have done;
I am o-ver-whelmed with sor-row.
When they were sick, I wore sack-cloth,
and re-frained from eat-ing food.

If I am ly-ing,
may my prayers go un-an-swered!
I mourned for them
as I would for a friend or my broth-er.

and tried to bite me.
O Lord, how long are you go-ing to watch this?
Res-cue me from their de-struc-tive at-tack;
guard my life from the young lions!

Then I will give you thanks in the great as-sem-bly;
I will praise you be-fore a large crowd of peo-ple!
Do not let my en-e-mies gloat o-ver me!
Do not let those who hate me car-ry out their scheme!

For they do not try to make peace with oth-ers,
but plan ways to de-ceive
those who live peace-ful-ly in the land.
They are read-y to de-vour me;

May those who ar-ro-gant-ly taunt me be cov-ered with shame
May those who de-sire my vin-di-ca-tion
shout for joy and re-joice!
May they con-tin-ual-ly say, May the Lord be praised,

for he wants his serv-ant to be se-cure.
Then I will tell oth-ers a-bout your jus-tice,
and praise you all day long.
May the Lord be praised for-ev-er!


Then Paul and his companions put out to sea from Paphos and came to Perga in Pamphylia, but John left them and returned to Jerusalem. Moving on from Perga, they arrived at Pisidian Antioch, and on the Sabbath day they went into the synagogue and sat down. After the reading from the law and the prophets, the leaders of the synagogue sent them a message, saying, “Brothers, if you have any message of exhortation for the people, speak it.” So Paul stood up, gestured with his hand and said,

“Men of Israel, and you Gentiles who fear God, listen: The God of this people Israel chose our ancestors and made the people great during their stay as foreigners in the country of Egypt, and with uplifted arm he led them out of it. For a period of about forty years he put up with them in the wilderness. After he had destroyed seven nations in the land of Canaan, he gave his people their land as an inheritance. All this took about four hundred fifty years. After this he gave them judges until the time of Samuel the prophet. Then they asked for a king, and God gave them Saul son of Kish, a man from the tribe of Benjamin, who ruled forty years. After removing him, God raised up David their king. He testified about him: ‘I have found David the son of Jesse to be a man after my heart, who will accomplish everything I want him to do.’ From the descendants of this man God brought to Israel a Savior, Jesus, just as he promised. Before Jesus arrived, John had proclaimed a baptism for repentance to all the people of Israel. But while John was completing his mission, he said repeatedly, ‘What do you think I am? I am not he. But look, one is coming after me. I am not worthy to untie the sandals on his feet!’

Bless-ed be the Lord, the God of Is-ra-el;
he has come to his peo-ple and set them free.
He has raised up for us a might-y sav-ior,
born of the house of his serv-ant Da-vid.

ho-ly and right-eous in his sight
all the days of our life.
And you, my child, shall be called
the proph-et of the Most High,

for you will go be-fore the Lord to pre-pare his way,
To give his peo-ple knowl-edge of sal-va-tion
by the for-give-ness of their sins.
In the ten-der com-pas-sion of our God

the dawn from on high shall break up-on us,
To shine on those who dwell in dark-ness
and the shad-ow of death,
and to guide our feet into the way of peace.


Now the Jewish religious leaders refused to believe that he had really been blind and had gained his sight until at last they summoned the parents of the man who had become able to see. They asked the parents, “Is this your son, whom you say was born blind? Then how does he now see?” So his parents replied, “We know that this is our son and that he was born blind. But we do not know how he is now able to see, nor do we know who caused him to see. Ask him, he is a mature adult. He will speak for himself.” (His parents said these things because they were afraid of the Jewish religious leaders. For the Jewish leaders had already agreed that anyone who confessed Jesus to be the Christ would be put out of the synagogue. For this reason his parents said, “He is a mature adult, ask him.”)

Then they summoned the man who used to be blind a second time and said to him, “Promise before God to tell the truth. We know that this man is a sinner.” He replied, “I do not know whether he is a sinner. I do know one thing – that although I was blind, now I can see.” Then they said to him, “What did he do to you? How did he cause you to see?” He answered, “I told you already and you didn’t listen. Why do you want to hear it again? You people don’t want to become his disciples too, do you?”

They heaped insults on him, saying, “You are his disciple! We are disciples of Moses! We know that God has spoken to Moses! We do not know where this man comes from!” The man replied, “This is a remarkable thing, that you don’t know where he comes from, and yet he caused me to see! We know that God doesn’t listen to sinners, but if anyone is devout and does his will, God listens to him. Never before has anyone heard of someone causing a man born blind to see. If this man were not from God, he could do nothing.” They replied, “You were born completely in sinfulness, and yet you presume to teach us?” So they threw him out.

Jesus heard that they had thrown him out, so he found the man and said to him, “Do you believe in the Son of Man?” The man replied, “And who is he, sir, that I may believe in him?” Jesus told him, “You have seen him; he is the one speaking with you.” [ He said, “Lord, I believe,” and he worshiped him. Jesus said,] “For judgment I have come into this world, so that those who do not see may gain their sight, and the ones who see may become blind.”

Some of the Pharisees who were with him heard this and asked him, “We are not blind too, are we?” Jesus replied, “If you were blind, you would not be guilty of sin, but now because you claim that you can see, your guilt remains.

Friday - Song to the Lamb


Show us your mer-cy, O Lord;
And grant us your sal-va-tion.
Clothe your min-is-ters with right-eous-ness;
Let your peo-ple sing with joy.


O God, the King of glory, you have exalted your only Son Jesus Christ with great triumph to your kingdom in heaven: Do not leave us comfortless, but send us your Holy Spirit to strengthen us, and exalt us to that place where our Savior Christ has gone before; who lives and reigns with you and the Holy Spirit, one God, in glory everlasting.

Lord Jesus Christ, by your death you took away the sting of death: Grant to us your servants so to follow in faith where you have led the way, that we may at length fall asleep peacefully in you and wake up in your likeness; for your tender mercies' sake. 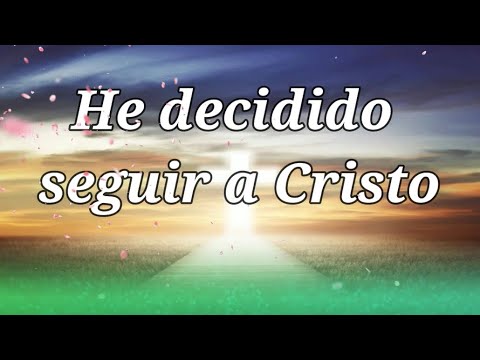