Gloria Patri
Glory be to the Father, and to the Son and to the Holy Ghost
As it was in the beginning, is now and ever shall be.
World without end. Amen, amen!

O Gracious Light Phos hilaron with words
O gracious light,
pure brightness of the everliving Father in heaven,
O Jesus Christ, holy and blessed!
Now as we come to the setting of the sun,
and our eyes behold the vesper light,we sing your praises,
O God: Father, Son, and Holy Spirit.
You are worthy at all times to be praised by happy voices,
O Son of God, O Giver of life,
and to be glorified through all the worlds.

Glory be to the Father, and to the Son and to the Holy Ghost
As it was in the beginning, is now and ever shall be.
World without end. Amen, amen!


Jesus left that place and came to his hometown, and his disciples followed him. On the sabbath he began to teach in the synagogue, and many who heard him were astounded. They said, “Where did this man get all this? What is this wisdom that has been given to him? What deeds of power are being done by his hands! Is not this the carpenter, the son of Mary and brother of James and Joses and Judas and Simon, and are not his sisters here with us?” And they took offense at him. Then Jesus said to them, “Prophets are not without honor, except in their hometown, and among their own kin, and in their own house.” And he could do no deed of power there, except that he laid his hands on a few sick people and cured them. And he was amazed at their unbelief.

Then he went about among the villages teaching. He called the twelve and began to send them out two by two, and gave them authority over the unclean spirits. He ordered them to take nothing for their journey except a staff; no bread, no bag, no money in their belts; but to wear sandals and not to put on two tunics. He said to them, “Wherever you enter a house, stay there until you leave the place. If any place will not welcome you and they refuse to hear you, as you leave, shake off the dust that is on your feet as a testimony against them.” So they went out and proclaimed that all should repent. They cast out many demons, and anointed with oil many who were sick and cured them.

V: The Lord be with you.R: And also with you.V: Let us pray.

Collect of the Day: Patrick, Bishop, and Missionary of Ireland, 461


Almighty God, in your providence you chose your servant Patrick to be the apostle of the Irish people, to bring those who were wandering in darkness and error to the true light and knowledge of you: Grant us so to walk in that way that we may come at last to the light of everlasting life; through Jesus Christ our Lord, who lives and reigns with you and the Holy Spirit, one God, for ever | and e|ver. Amen.
A Collect for Aid against Perils
Be our light in the darkness, O Lord, and in your great mercy defend us from all perils and dangers of this night; for the love of your only Son, our Savior | Jesus | Christ. Amen.
Prayer for Mission
O God, you manifest in your servants the signs of your presence: Send forth upon us the Spirit of love, that in companionship with one another your abounding grace may increase among us; through Jesus | Christ our | Lord. Amen.
Prayers of the People
LEVAS2 (L262)   Amen
Let us | bless the | Lord.
Thanks | be to | God.
The grace of our Lord Jesus Christ, and the love of God, and the fellowship
of the Holy Spirit, be with us all | ever | more.
Amen


1 Jesus, keep me near the cross,
There’s a precious fountain;
Free to all, a healing stream
Flows from Calv’ry’s mountain.
2 In the cross, in the cross
Be my glory ever;
Till my raptured soul shall find
Rest beyond the river.
3 Near the cross, a trembling soul,
Love and mercy found me;
There the Bright and Morning Star
Sheds its beams around me.
4 Near the cross! O Lamb of God,
Bring its scenes before me;
Help me walk from day to day
With its shadows o’er me.
5 Near the cross, I’ll watch and wait,
Hoping, trusting ever,
Till I reach the golden strand
Just beyond the river.
at March 17, 2020 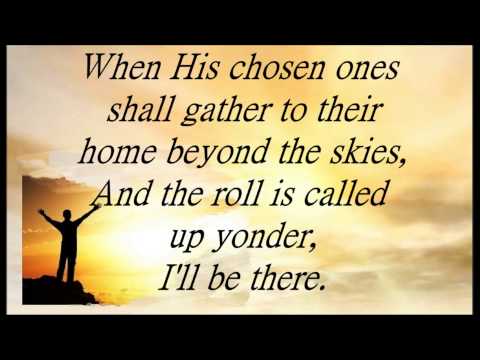